In this Article, We are going to Explain a rare disease, “Vitiligo”, Causes of Vitiligo, Symptoms and the Treatment options of this rare but known Skin Disease!

Vitiligo is a disease that causes the loss of skin color in blotches. The extent and rate of color loss from vitiligo are unpredictable. It can affect the skin on any part of your body. It may also affect hair and the inside of the mouth.

Normally, the color of hair and skin is determined by melanin. Vitiligo occurs when the cells that produce melanin die or stop functioning. Vitiligo affects people of all skin types, but it may be more noticeable in people with darker skin. The condition is not life-threatening or contagious. It can be stressful or make you feel bad about yourself.

Most people who have vitiligo will develop the condition prior to age 40; about half develop it before age 20. There is no way to determine if vitiligo will spread or remain confined to one location.

Vitiligo is not painful and does not have significant health consequences; however, it can have emotional and psychological consequences.Some medical treatments can reduce the severity of the condition, but it can be difficult to cure. The cause of Vitiligo is not known. Vitiligo may be an autoimmune disease. These diseases happen when your immune system mistakenly attacks some part of your own body. In vitiligo, the immune system may destroy the melanocytes in the skin. It is also possible that one or more genes may make a person more likely to get the disorder.

The main signs and symptoms of vitiligo is a patchy loss of skin color. Usually, the discoloration first shows on sun-exposed areas, such as the hands, feet, arms, face, and lips.

Difference between Vitiligo and leucoderma

Vitiligo and Leucoderma are two different names for a similar natured disease.

The reason of Leucoderma can be termed as accidental. Generally, Leucoderma spots start after a scratch, a cut or afterburn. Sometimes some paint, adhesive or cosmetic allergy can start Leucoderma. After the accident or allergy partial or complete loss of melanocyte can lead to Leucoderma.

The reason behind vitiligo, As human immune system defends the body from various bacteria & virus attacks also, if it gets disturbed then the body gets into the stage of Autoimmunity.  In simple language, Autoimmunity is a stage of the body in which body cells destroy it. It starts destroying the pigment cells.

As you probably know, melanin is the name of the pigment that is responsible for the color of our skin. What Leucoderma or Vitiligo is, it is a condition that causes the destruction of the cells of this pigment, resulting in white patches or spots to appear on the skin. This, unfortunately, it is a chronic condition that although it does start on the smaller areas on the skin, it does work its way up spreading all over our body. Unfortunately, there is no exact reason that explains the appearance of this condition. Instead of, some specific conditions and stress are listed as triggers for this disease.

Some of the Best Options for Treatment of Vitiligo are: 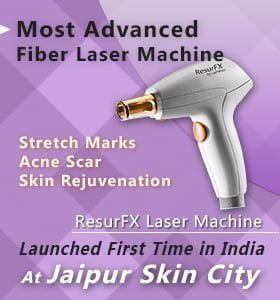